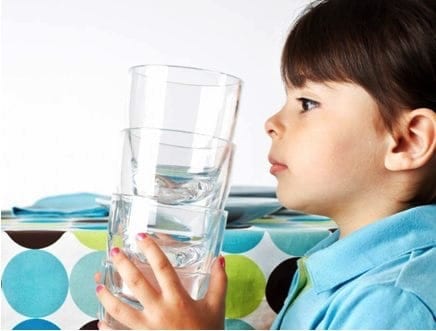 “Believe it or not, using one pronoun over another can actually improve a parent-child relationship.

Using I over you is one such example.

When Mom tells Joey, “I like it better when your bed is made in the morning,” he knows she is talking about herself.

But if Mom says, “You didn’t make your bed this morning,” Joey knows the finger is pointing directly at him.

In getting compliance or dealing with a child’s behavior problem, rather than yelling, “You stop that!” Try changing gears and calmly let the child know, “I don’t like cereal thrown on the floor. Let me help you pick it up and then we can go outdoors and ride bikes.”

For example, a young child gets frustrated and hits his sister. Rather than punishing him, say, “Sister doesn’t like being hit — she likes to look at books with you; let’s go find a book.”

In instances where a child is being rude you could say something like: “I don’t like that kind of behavior. I like it so much more when you are considerate. I like that you colored that picture for me. Let’s find a magnet and put it up on the refrigerator.”

With this approach, you take responsibility for the situation; you put it under your control. You direct the child’s attention toward pleasing you — his parent or teacher — rather than on naughty behavior.

By directing your child’s attention away from the negative and on to something positive you will create a very comfortable family environment. If you do it quickly and smoothly enough you will eliminate childhood upsets and tantrums almost entirely.

When your child does something that makes you happy it is appropriate to switch the personal pronoun to you. You might say, for example: “You do that well.” “You are a good helper.” “You have such beautiful polite manners.”

By complimenting good actions, your child is allowed to be fully responsible and in control of his or her own good behavior. Keeping such reinforcement going is easy. Notice each time your child does something positive; acknowledge the action; be liberal with praise.

Another reason the method is so effective is that young children learn almost totally by mimicry. A small child watches and listens to what others do and say and copies them. Most parents have had the experience of saying something to another, unaware their child was listening, and then being amused (or even horrified) to hear their child repeat it back word for word.

But if the individuals who interact with Joey are polite and kind, he will mimic their behavior and be polite and kind too. It appears then that a child’s social behavior hinges entirely upon the attitude shown to him by the people who are dominant in his life.”