The Dangers of Halloween, Hype Versus Reality 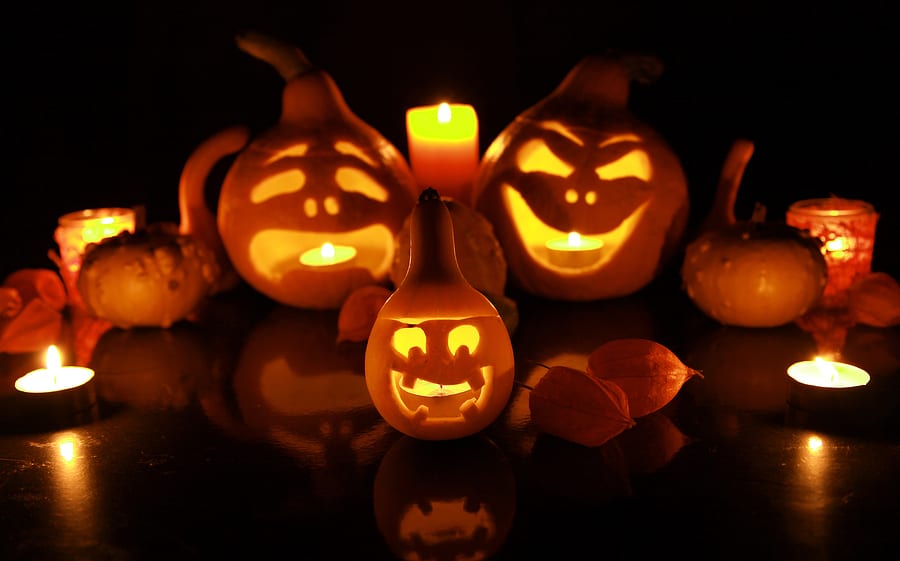 Say hello to goblins and jack-o’-lanterns because Halloween is here! For children there may be no more exciting time of the year. Our sons and daughters become superheroes and princesses and boldly dash through the night from stranger’s home to stranger’s home collecting as much candy as they can carry.

As a parent, Halloween can be both thrilling and nerve-racking at the same time. Balancing fun and safety is the parent’s number one concern every day, but maintaining this balance when trick or treating is a challenge. For one trying night, your child is doing things that for the other 364 days of the year are unwise at best, forbidden at worst. All the parenting buttons are pushed: walking by unknowable people in creepy masks, visiting unfamiliar homes of mysterious people, crossing streets at night, eating things handed out by strangers, and feeding an over-excited child an unlimited supply of sugar in a rainbow of unnatural colors and flavors.

Much of what rattles the nerves of a mother and father on Halloween is a common refrain of parents today: today’s world is much more dangerous compared to the world of their youth. Ask a mom or dad of a young child about what they did as children but would never consider allowing their children to do, and you will often get a long list of activities from walking to school to playing in the park alone. Ask the same mom and dad why they forbid these once-common childhood activities and they will point to how much dangerous society has become. They will cite a news story or something they once heard to bolster their point.

But are we really raising our children in a society that is more depraved than that of our parents? Have we really gotten that much more dangerous in one generation?

Statistically speaking, the answer is no. Not just no, but an emphatic NO.

The statistics can be found in many places. Crimes of maltreatment against children have dropped significantly over the last few generations. Between 1992 and 2014 sexual abuse has dropped 64% and physical abuse is down 55%.

The statistics on child abductions? Here’s a 2009 quote from the president of the National Center for Missing and Exploited Children:

And here’s a Halloween-Themed statistic for you, from the 2009 book Free-Range Kids: Joel Best, a professor of sociology and criminal justice at the University of Delaware, studied crime reports from Halloween dating back as far as 1958, and guess how many kids he found poisoned by a stranger’s candy? Here’s what he said: “The bottom line is that I cannot find any evidence that any child has ever been killed or seriously hurt by a contaminated treat picked up in the course of trick-or-treating.”

So take heart parent. This is good news! Hopefully this will make striking a balance between fun and safety for Halloween, and every day after, that much easier.

← Increase your SAT score using the personalized program through Khan Academy Education: On Being Behind →