Duolingo – Learn Another Language at Home 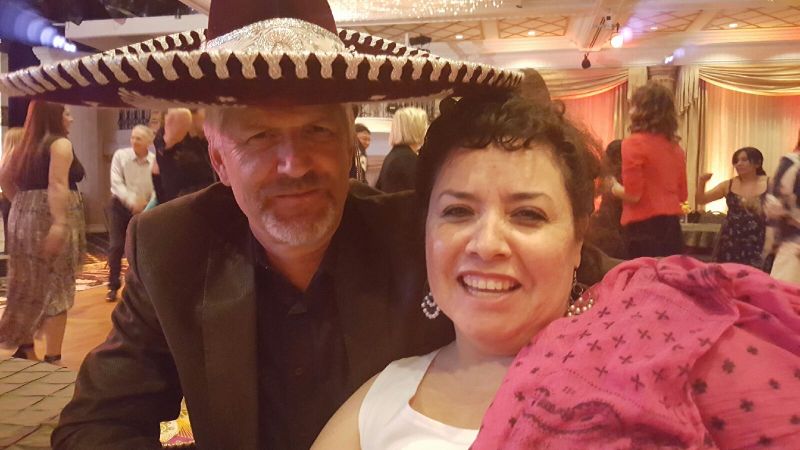 We all would like to learn a new language or several languages. When I grew up in Holland, I had to learn several languages in high school. They included Dutch, English, French, German, Latin, and Greek. But the only one I learned how to speak at that time was, of course, Dutch, my native language, while the others were no pleasure. Not until I went to study in England at the age of 16 did I quickly master English. For most people, the best way to learn another language is by living in that country.

6 years of French, 3 years of Latin, 1 year of Greek, and I don’t speak a single sentence in any of these languages. I did pick up some German, partially because it is similar to Dutch and because I lived in Germany for a year in my 20’s although we mostly spoke English where I worked.

Much later when I married my wife, I decided to learn Spanish. My wife was born in Mexico and moved to the USA at the age of two. Half the population in the area where she grew up speaks Spanish. After all, Spanish is one of the biggest languages in the world, so it makes sense to learn it. I started with Rosetta Stone on my computer, and my wife was impressed that I started to speak some sentences. But then I got too busy with life, raising kids, etc. to continue.

Even though I didn’t continue, I personally was very impressed. Compared to learning a language in class in high school, with Rosetta Stone, I enjoyed it and indeed learned words and sentences. I attributed this to the fact that Rosetta Stone did not try to teach me through another language, English, but with pictures instead. Secondly, it made me speak the Spanish words and sentences out loud to the screen.

The advantages of using an app or software to learn a language as compared to attending a class are numerous. The time it takes to get ready, drive to a class and attend the class is at least 5-10 times more than learning at home 20 minutes/day on your computer or iPad or even phone. You can even do it in your pajamas in bed or while eating breakfast, lunch, or dinner.

This is another huge benefit of using a personalized app like Duolingo, Babbel, or Rosetta Stone. The iPad or computer is, in fact, your personal teacher. While it may be more sociable to sit in a class of 10 students, you will have to wait for your turn to speak. And worse, if you are not comfortable with that scenario, having to speak in front of a group, then you have another disadvantage. Enough said about the advantages of learning a foreign language on a PC or iPad.

Rosetta Stone has long set the standard for computer-based learning at home. This time I decided to check out Duolingo and later Babble, which are some of the biggest selling language programs.

I am 4 weeks into using Duolingo. Initially, it asked me how much time I want to spend per day, and I said 10 minutes. I downloaded Duolingo on my iPhone and paid for the Plus version. Instantly it became also available on my iPad and Mac computer without having to pay extra. Thus if I opened it on my computer it would continue the lesson where I left off on my phone. Duolingo prods you daily with emails, so you don’t skip a lesson, but awards you with credits so you can miss a day.

Duolingo uses all aspects and advantages of computer-based education to teach you. This includes making you translate written and spoken sentences both directions (Spanish to English and English to Spanish), having you point out which is the correct translation and which is wrong  (like multiple choice). Sometimes it has you repeat spoken sentences out loud and with its voice recognition, it lets you know if you did it right. The only thing missing, and is what I believe is the best way to learn a foreign language, is to use any opportunity to say the sentences out loud for yourself. I repeat every Spanish word and sentence Duolingo speaks, sometimes twice. Not just when it asks you. This I had found most effective when I had used Rosetta Stone 15 years earlier and had been completely missing in high school where you have to wait your turn. With personalized education on a computer, you never have to wait for your turn!

The way you get good at something is Drill, Drill, Drill! Say the words and sentences over and over.

It has now been a month. While instead of just doing 10 minutes per day, I find myself typically spending 1/2 hour per day and completing a whole lesson. Thus so-far I must have spent about 15 hours.

I will continue another month and come with an update.

Let us know your feedback! While not addictive, Duolingo does make it easy and fun.

One time, near the start, it asked me to listen to a spoken dialogue as a test. It was way over my head, and I thought I had failed it terribly. I am not sure what the point was, maybe something for Duolingo as a survey of the skills of its users. It never told me what that was about, but it made me feel inadequate for a second. Anyway, don’t take that personally.

← Kids at Home - Helping in the Kitchen Are Dictionaries Still Relevant? →