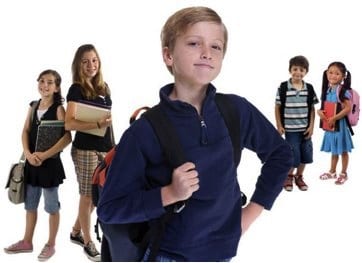 Can you teach your child to think like a genius? Yes, that’s capital Y-E-S.

But before we push children into the realm of genius, it would be good to look at what it means to be a genius.

Most people equate geniuses with high I.Q. but that is the last definition in Webster’s college dictionary. And the World Book Dictionary lists that definition as specific to psychology.

All other definitions talk about qualities such as guardian spirits; having influence over others; very great power of mind; great natural ability; originality; creativity; the same as a jinni (or genie). By taking these definitions into consideration, a concept emerges: a genius is someone who stands out from the ordinary: someone who colors the world with his own special paintbrush.

The geniuses of the past had to break away from the ordinary thought of their own day to bring the world ideas such as electricity and heavier than air flight. Time has proven that Thomas Edison and the Wright brothers were geniuses — but here is an interesting question. How many of their contemporaries labeled them crazy? How many thought these geniuses foolish for not conforming to the authoritarian thought that prevailed?

Barring the ability to teleport to the future to verify who will be proven genius and what will be deemed laughable, people tend to stick with what is already agreed upon.

Think of the teacher who is adamant that her students do math problems the way they are shown in the book. When one of her students devises another way of getting the right answer, he still gets it marked wrong. The outcome, he usually conforms and quits trying to find alternate ways of doing something. After all, most of schooling is about getting the right answers as they appear in the textbooks.

Perhaps this is the hardest part of education — helping our children get the basics that are needed to function well in life without stifling their creativity. They must know 7 x 8 is 56, for example, but how they arrive at the answer should be left to them. They may memorize it outright. Or they may say in the wink of an eye, “5 x 8 is 40 and 2 x 8 is 16, add 40 to 16, the answer is 56.” Or they might remember the answer by using the sequence 5, 6, 7, 8 by saying the answer to 7 x 8 is 56 (first two numbers in the sequence). There may be a thousand different ways to learn one’s multiplication tables. The point is we don’t want to kill a genius idea just because it seems foolish to us.

There is, after all, a uniqueness of thought that resides in every child. And that is what we want to encourage and bring out. Rather than just giving your child an answer, let him discover the answer. When he gives you a “wrong” answer to a problem ask him how he came to that conclusion. Really listen to what he says — sometimes you will be amazed at the uniqueness of his reasoning. When you have the data your child is operating from, you will often find his reasoning is quite logical.

A child’s ability to think, to figure things out by observation or inspection, is far superior to reciting back a pat answer someone or some book has given him. This is true even when the child’s answer is not quite spot on.

As parents and teachers, we assist our children best in developing their ability to think intellectually when we:

As well, the more we develop these traits in ourselves, the greater our own intellect rockets. If anyone can learn to think like a genius, then doesn’t it stand to reason that we are one-for-one capable of coming up with brilliant ideas?